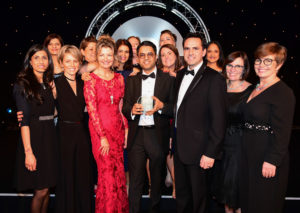 The Awards, now in its eighth year, recognises the highest levels of achievement in UK optics. The Optical Team of the Year accolade, sponsored by Lloyd & Whyte, celebrates an optical team dedicated to delivering the best possible patient experience in the practice.